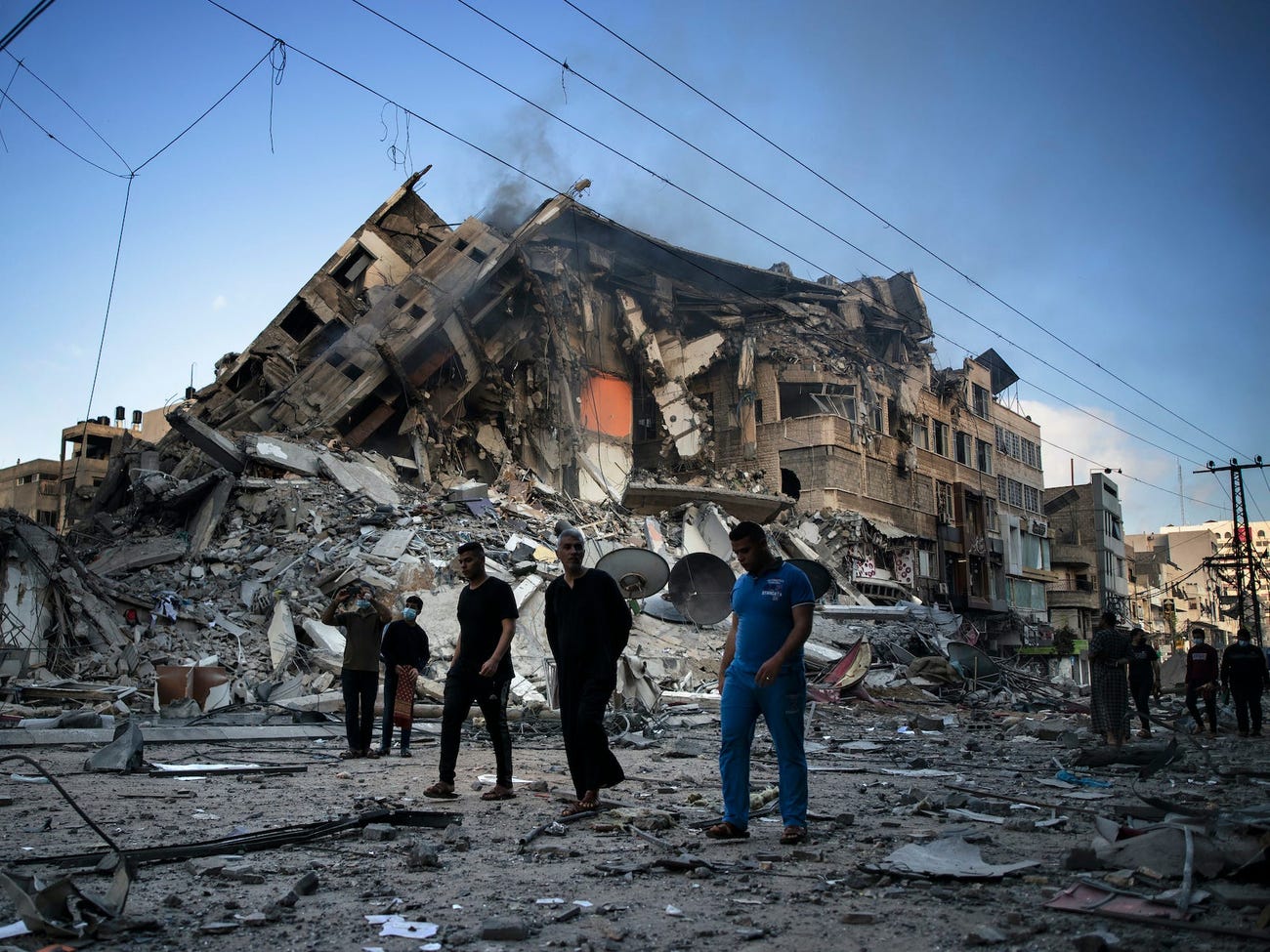 Two countries in the Middle East, Israel and Palestine, are well-known for their longest-lasting conflicts. The tension between those two countries started after WWI and WWII, when Jews began to claim their ‘homelands’ in Palestine (where Arabs were the majority of the population) and tried to establish their own independent state, Israel. Although the United Nations (UN) agreed to divide the territory of Palestine into Jewish and Arab states in 1947, Arabs resented and did not want Jews to come to their lands. Majority of the Arabs lived in the area of the West Bank and Gaza strip, and there were multiple conflicts between Israel and Palestine regarding the control of those territories. This problem was never agreed upon mutually, which led to several battles and casualties in the past decade.

Now in 2021, the conflict between them occurred again. It started as Israel's Supreme Court decided to evict Palestinians in the area of Sheikh Jarrah, which is close to the east of the Holy City, Jerusalem. (Palestine considers East Jerusalem as their capital city.) Angered by this eviction, Palestinians expressed their unrest at the Al-Aqsa mosque in Jerusalem, and the Israel force responded with physical force on May 8, the last Friday of Ramadan. About 150 Palestinians were hurt during the clashes in the mosque that included the usage of stun grenades and rubber bullets to people. On May 10, the Israel police force and Palestinians confronted each other physically again at the area of the Temple Mount in Jerusalem, which resulted in the injuries of hundreds of people. However, these were just a portent of what happened in the Gaza strip.

The major political party in Palestine, Hamas, has control of the Gaza strip. They have used the rockets to resist Israel and did the same thing when there were clashes in the Al-Aqsa mosque. This resulted in the casualties of Israel civilians despite the usage of Iron Dome, Israel’s effective missile defense system. After this incident, Israel responded with their missiles to the Gaza strip. On May 11, dozens of Palestinians, including children, died due to the missile attacks. After that was the exchange of missiles and the continued death of innocent civilians, including many children. On May 15, Israel attacked the building in Gaza city with missiles, claiming that they targeted the Hamas groups in the building. However, it was later known that the offices of the Associated Press (AP), Al Jazeera, and other media outlets were in that building. It was possible that Israel wanted to stop the media from reporting the ongoing attacks between Israel and Hamas. After this, the demand for the immediate cease of this conflict increased. On May 18, U.S. President Joe Biden, who initially supported the Israeli acts, demanded a ceasefire to the conflict, stopping the U.S. support to Israel’s attacks on civilians. Accordingly, on May 20, Antonio Guterres, the secretary-general of the UN, called for the end of this clash that involved much harm to so many people. Eventually, on May 21, with the support of the UN and Egyptian government, the agreement for a ceasefire between Israel and Palestine was made.

Due to this crisis, the lives of countless innocent civilians were sacrificed. Over 270 Palestinians, including children, were killed and thousands were wounded. Innumerable Palestinians had to leave their home to escape from the constant attacks. Many Israeli, too, lost their lives because of the crisis. The physical conflict that results in the casualties of civilians must not happen and, if it occurs, it must be stopped immediately. Michelle Bachelet, the UN High Commissioner for Human Rights, said that violent acts of Hamas violate the global humanitarian laws and Israel's attacks on Gaza can be considered as war crimes as they both resulted in the casualties of civilians and thus a violation of human rights.

Visit the website of Amnesty International to take action to “end the violence in occupied Palestinian territories”: www.amnesty.org/en/get-involved/take-action/end-the-violence-in-occupied-palestinian-territories/.

How covid-19 has impacted the death penalty in Egypt

Effect of Covid-19 to the Business Owners

Re-education or Internment? The Uyghurs in Xinjiang

Myanmar Coup and Protest: Human Rights Are Trampled Over