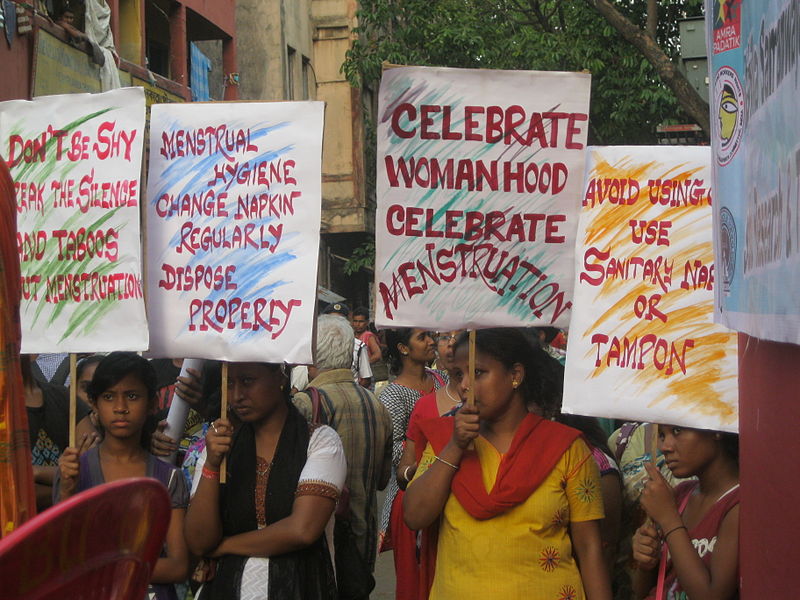 While gender discrimination has been a worldwide issue for a long time, discimination against menstruating women is widespread, especially in India. In India, menstruation has been considered impure and a taboo over majorly Hindu and Muslim population under religious traditions of Hinduism and Islam; women were often denied entry to religious temples and shrines and disallowed to touch religious books during their periods. Such a mindset of viewing menstruating women as impure and cursed has taught women to be ashamed of their bodies and recognize periods as a physical disadvantage instead of a natural biological process. As women were raised with the teaching that menstruation is something inappropriate and to be ashamed of, the practice of period shaming has also become increasingly prevalent in India now.

In the western Indian state of Gujarat, sixty-eight female college students were pulled out of classrooms and were told to remove their undergarments. These students at Shree Sahajanand Girls Institute (SSGI) were inspected by having to strip and show their underwear to female teachers as evidence to prove they were not menstruating. Under the condition that menstruating women were not supposed to enter Hindu temples and kitchens or touch other students, college students had to go through this humiliating experience of having to strip in front of the majority of their classmates and teachers. In Indian culture, the practice of menstruating women sitting far away from the others and separately cleaning their own dishes has laid its roots. Peoples’ acceptance of such practices with a highly religious point of view had made menstruation a complicated subject. An official from the hostel where these college students stayed in complained that menstruating students were also spoiling the hostel, while the experience of having to strip to prove they were not menstruating has remained as a traumatic and painful mental torture according to Geeta Pandey, editor who deeply researched on period shaming issue in India.

Similarly, the situation of period-shaming women publicly had led to a suicide of a teenage girl in Chennai 2017. The teenage girl was period-shamed by her teacher in front of the whole class, watching her prove that she was not menstruating by stripping. The practice of period-shaming will continue to exist in India until people’s religious point of view towards menstruation diminish. People in India should accept menstruation as a natural biological process that women all go through, and stop viewing menstruating women as impure or contaminating according to their religious values. Indian women have the rights to be respected and free from physical discrimination according to genders; the practice of period-shaming especially in front of the public should be stopped and diminished immediately.

The Global Perception of Transgender Issues

Prevalent Sexual Harassment toward K-Celebrities under the Shadow